The EPA GA and conference in Kolding/Denmark started with a bus ride to Eltang Primary School during which Mette With Hagensen, vice-president of EPA and newly nominated Child’s Rights Commissioner of the Danish government explained the structure of the Danish school system.

Primary school in Denmark runs from the age of 6 – 12 by which time the pupils pass on to lower secondary. In many cases these will be combined on one premises but Eltang school is clustered with a kindergarten. 125 pupils are taught in 6 classes (1 at each grade).

We were welcomed by the students and divided in small groups of 4-5 parents. These groups were then taken on a tour of the school accompanied by 2-3 pupils per group who explained the use of different spaces, answered questions on the program and spoke freely about the things that they appreciated (vegetable garden growing their own vegetable and fruits, music and performances, tutoring system for kindergarten kids,…) and those which they liked less.

The visit concluded with a discussion round with two Danish candidates for the European Parliament elections who spoke freely about their ideas for the new legislative period as there were no votes to be gained among our members ?

After the school visit we went to a play area in a park close to the conference venue where we played games during a typical Danish family picknick lunch in one of the little houses on the premises. Teams were formed and all the participants had great fun experiencing the “playful learning approach” themselves and enjoying the enormous sandwiches.

The meeting then started at University College Syd, a teacher training institution, with an opening address by Kristina Jørgensen, chairman of the city committee for children and education who stressed the importance of parental involvement and the playful approach to learning. Arja Krauchenberg, EPA-president, welcomed all the participants and thanked Mette With Hagensen and her team for the organization of the event and Rasmus Edelberg, President of Skole og Forældre, the Danish parents’ association introduced everybody to the concept of “hygge”[1] before Mette, former president of SoF introduced the first keynote speaker:

Fellow Thomas Albrechtsen from our host, UC-Syd, on Collaboration for the children’s well-being in the Danish public school. He first presented the parent’s view on this collaboration, taking as an example his own three children and describing very vividly the difficulties to stay in touch when there are more and more teachers as the children advance in grades, but also the possibilities offered by digitalization for example the “Forældreintra”, a platform to foster communication between home and school. There are very clear expectations by the school towards the parents to ensure proper learning of their children. Clear social norms are also established within the school and formulated together with the pupils to enhance ownership and respect for those rules. He then presented his audience with the researcher’s view: The reforms introduced in the Danish system in 2014 brought a shift to a competence-based curriculum, more hours in general including for deep-learning and specifically for Danish and Maths as well as more optional subjects and the offer of new ones (crafts, cooking,…) We also learned that there are many more pedagogues (85 000) than teachers (45 000) in the system which also shows the shift of importance from the classical subject teaching to transversal competences.

Thomas Albrechtsen also talked about the challenge of keeping good young teachers in schools and the research results which show that collective efficacy can be increased by collaboration especially by involving parents on different levels. You can find his presentation following this link.

His speech was followed by the GA which brought the end of the term for Mette With Hagensen, our great organizer of the conference and Josep Manuel Prats who had served two terms as secretary of the organization. Claudio Masotti was re-elected as vice-president for a second mandate and Victor Petuya replaced Josep as new member of the board of directors.

In between sessions participants enjoyed the hospitality of University College South Denmark with their great canteen and coffee breaks for networking and exchanging on latest developments in their respective countries.

The next day we started with a keynote by Andreas Lieberoth, an assistant professor at Aarhus University who spoke about “The great Danish Mobile Phone Experiment” and explained that prohibiting screens at school deprives teachers of “teachable moments” to discuss online behavior, self-control, time management etc. Find here his statistics and recommendations.

Lena Venborg Pedersen from Initiatives Lead (The Lego Foundation)  took us to the core of our topic “Playful learning” with her presentation on: What is it about play, that makes play important. She also held two workshops in the afternoon giving participants the opportunity to test their playing – constructing – inventing skills themselves and taking their flying objects with them at the end. You can find her slides here.

Sanne Feldt-Rasmussen and her team from University College South Denmark  made everyone move and try to concentrate on combining different exercises from the KaMiBe program. After this “appetizer” parents flocked into their workshop to find out more about: Development of inclusive learning environments through character building, mindfulness and movement.

Last but not least Stine Hellum Braathen presented the BOOST project during her workshop – to improve mental health, well-being and educational progress of students.

The meeting finished at Tobbers Madbar, a beautiful dinner location chosen by Morten Kruse from our Danish member organization Skole og Forældre to whom we would like to say a big thank you as well as to their whole team especially to Mette and her daughter Emma for making this a memorable event. 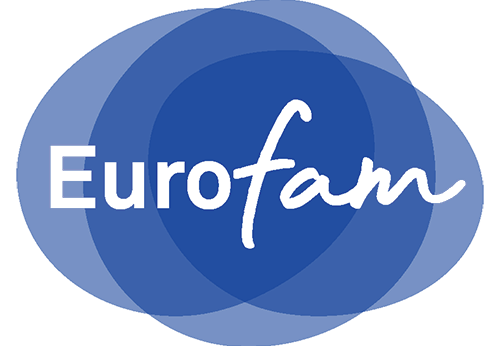