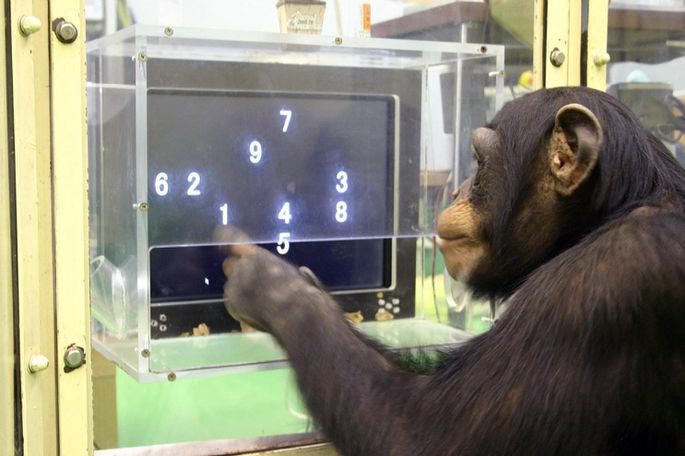 My home country Estonia is branded in two ways: as the “digital society” and as the “education nation”. It might be tempting to draw the conclusion that they are related: that one (digitalization) drives the other (education). But let’s be clear: the success of our education system is not due to digital tools and the use of technology, because the children who have made these achievements in the PISA test have not been using smart devices since the toddler years. At the moment it is not clear whether the next generation will be as successful at PISA tests. Thus, as it stands it should not be concluded that the increasing digitalization, gamification and personalization of school education will lead to even better results. It is possible that we are already quite close to a reasonable balance between technology and thinking – perhaps further digitalization will not make things better, but worse.

In this article, I will address only one aspect of digitization: gamification. However, I am always available to discuss all related topics: our common goal is that children would not only be smart according to some tests, but that they would be happy and could fulfill their dreams.

Gamification from the brain’s perspective

Gamification with technology means that an activity (such as “reading”) is turned into a digital game, where, for example, by reading letters or words correctly, it is possible to get points or smiley faces – an external reward (coming from the game) contributes to learning.

There is nothing controversial about learning this way: much of the training of animals and artificial intelligence happens through rewards. Also, a ballerina, high jumper or chess player needs a reward system to reach their goals faster. In fact, technology-free school education is also a reward-based game: the child gives answers in class or in a test and gets feedback on whether the answer was right or wrong.

However, the reward system does not only have positive aspects. It is well known in psychology that external rewards can disrupt the inner desire to accomplish something. So a good ballerina may realize at the end of school that actually she doesn’t really want to do it herself – this “game” was something that was forced on her from outside.

For example, consider the gamification of reading. Almost all children learn to read also in the current school system. Perhaps gamification through technology would teach reading faster, but given the above it is possible that the child would not be interested in books after such games. Reading alone – without points, without the game – is pointless for this brain

So, gamifying everything is not smart at all – gamification must be used wisely. Gamification cannot be a goal in itself; it can be a tool to achieve other goals.

For example, gamification with technology may be a way to teach a multiplication table or quadratic equation faster but rewarding the right answers in this way does not turn pupils into people who can reason better mathematically.

We can think of gamification as a way of programming children: we try to embed knowledge into children’s brains with the help of rewards. But this doesn’t make you a better thinker, it doesn’t make you more creative, on the contrary – learning because of external rewards leads to students who can perform narrow tasks excellently, but nothing beyond that. That is not our goal. The education system exists not to program the child’s brain, but to develop it.

The logic behind the need for further gamification of education is the following: “It is becoming more and more difficult to gain the attention of young learners by traditional learning methods. Social media and games are much more engaging than learning because of their varied content and quick feedback. One way to involve students more actively is through play and game-based learning.”[1]

We all know that it is hard to focus when the atmosphere is difficult at home, when things are piling up at work or when we cannot sleep well. It is the same for children. In addition, research shows that it is partly the use of smart devices and computer games that make it difficult for children to concentrate at school. Why? Smart devices and computer games are designed to be as attractive and engaging as possible to the brain – they constantly offer small rewards that activate the brain’s pleasure system; their use leads to a change in the scale of values in the brain. Smart devices and games are at the top of the scale, and all other activities, including listening in school, are becoming meaningless. Keeping your attention without rewards is harder.

In this situation it seems unfair that the industry that has changed children’s brains so that they can no longer focus well will benefit from public procurement to create programs that allow children to focus better. It seems that someone is getting rich at the expense of our children’s brains.

In addition, one could ask whether it is even possible to create such awesome educational games that can compete in a child’s brain with professional games from smart devices. Or is it tilting at windmills? The problem is that the gaming industry has considerably bigger resources than the education sector to create more and more entertaining games. Another problem is that children are exposed to video games and smart devices before school – they are used to certain game content, pace and rewards that an educational game cannot provide. So, the educational game will always be in a weaker position, always trying to catch up with other games.

Therefore, it is questionable whether the investment into gamification of the education system will pay off. Perhaps this money should be used to increase teachers’ salaries instead? Or maybe support should be given to companies that make exciting toys for preschoolers and to organizations that teach parents how to play with their children so that children spend less time on smart devices and computer games? We need to deal with the cause of the problem, not the consequences.

From gamification to intelligence

I do not know any world-changing idea that was born through wandering in the reward system. New startup ideas, work of art and scientific discoveries are born through play, but this is not a game where we get points for the right answer, but a game where the brain actively seeks new answers. Novel solutions can be found by actively hunting for them, by trying to combine input from the environment with knowledge that already exists in the brain.

This search for new answers takes time: the knowledge structures in the brain are built step by step. This is how works of art and discoveries are born, this is how innovation arises. We want children to discover this game: the game where no one is trying to program them, but rather where they are the ones in control.

Such a game does not require computer programs or that every child has a smart device. It is necessary that we encourage children to generate new ideas and that we give them time to work out these ideas. What is important is not that the curriculum contains as much material as possible, but that the child can discover and open as much of his or her potential as possible during the years spent in school.

Money could be invested, for example, in every school having the means to learn and create music, art or literature. Every child should have the opportunity to build robots, make theater and why not learn to cook. And every school should have people whose sole purpose is to help the child master a topic or a field that interests her. It would be a game that results in finding oneself. This game can be supported by digital tools, or even certain digital games, but it is worth remembering that programs that enable self-discovery and exploration are more supportive of broadening a child’s mind than teaching narrow skills through rewards.

The aim of the education system should not be to smuggle as much knowledge as possible into children’s brains. We want children to grow into people who are independent but able to communicate with others; people who do not need an external reward system to think and cope with different situations. We want our child to discover what his or her brain is really capable of.

In 2007 Japanese researchers conducted psychological research, which surprisingly revealed that chimpanzees are much more capable than humans in some memory games.

In this game numbers were displayed on the screen in any order and arrangement for a short time, then the numbers were covered and if the chimpanzee touched the covered squares in the correct order, he was awarded a sweet (see video). However, it is intriguing that through external rewards these young chimpanzees acquired the task so well that they could beat humans at it. Through gamification our children can become masters at some tasks, but mindless e-leap forward may in fact be a step backwards on a phylogenetic level.

Jaan Aru is a young neuroscientist and psychologist who has investigated learning in mice, men, and machines. He obtained his doctoral degree from the Max Planck Institute for Brain Research. Jaan has published two books in Estonian and more than 30 articles in international scientific journals. For his efforts in popularizing science, he has received the national science communication prize. In 2019 he received the Young Scientist prize from the president of Estonia
Foto Maiken Staak

The article first appeared in the Estonian newspaper “Postimees“