Home Events Webinar EPA webinar on the “Reopening of schools” 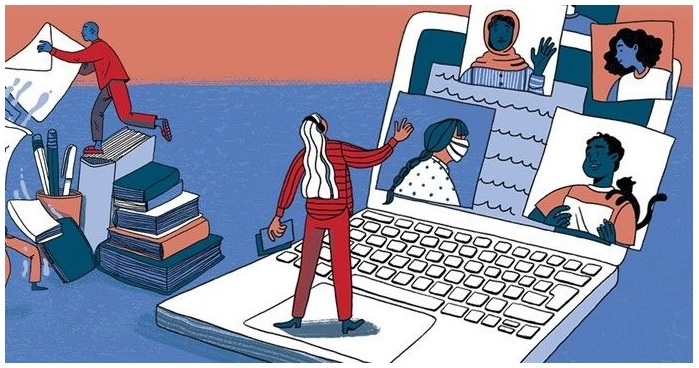 EPA webinar on the “Reopening of schools”

Our webinar started with the welcoming words by the president, Víctor Petuya, underlining the important role that parents had played during the lockdown not only taking care of their children’s well-being and mental health but also in many cases assuming the role of teachers or at least coaches with regard to their children’s remote learning tasks. The challenges that parents are faced with in the different countries regarding the reopening of schools after the summer break vary a lot depending on whether children had already gone back to school before the summer and everybody involved had already some experience or whether it was a “first” after many months at home which showed in the responses to the survey EPA had conducted in preparation to the webinar. You can find the results here.

He then introduced the first speaker, Dr. Rosina McAlpine from WinWinParenting (www.winwinparenting.com) in Australia who spoke about the programs she had created for parents following a survey she had conducted with 800 working parents participating who had been asked about their biggest challenges during the lockdown. Her recommendation number one for parents was not to forget about self-care as parents and here specifically mothers tend to make sure that everybody else is doing well often neglecting their own wellbeing and mental health. It’s however crucial to attend to one’s own needs properly as well in order to be able to support others. You can find her report here: https://www.wwpbydrrosina.com/cv19.

The next speaker, Dr. Barbara Rath from the Vienna Vaccine Safety Initiative, gave us some insights from the point of view of the European Academy of Paediatrics and introduced their project Strengthening Education and Knowledge on Immunisation (www.seki.eu), that aims at putting people and their needs and feelings in the focus when developing strategies to better inform them about the implications of immunisation and vaccination. Involving parents from the beginning is one of their goals which will be even more relevant given the current situation with COVID-19.

The third speaker, Piluca Baselga, headmistress of a school in the Basque Country, talked about the difficulties of principals and school staff to guarantee the safety of all pupils but also themselves and the measures that they have taken despite the lack of any support from the government. She vividly described the building activity to create separate entrances, the difficulties to provide disinfection, the management of the school buses not to speak of the stress for everyone involved and the fear of a renewed lockdown. After each intervention the participants were invited to ask questions and there was a lot of interest in the measures taken by the Basque school but also the medical advices and the situation in Australia as the country was faced with the challenge of being hit by the first wave of the pandemic during winter.

Then the audience was split into four breakout groups and “beamed” to their respective rooms by the magic hand of our wonderful team in the background, board member Aivar Haller and his colleague Hillar Löhmoossar from Estonia. In these smaller groups attendees discussed whether parents had been involved in establishing the measures that had been taken for reopening the schools, what their experiences had been with the remote learning time and whether there were any preventions for a second phase of increasing infections.

The following picture emerged and was presented by the workshop leaders during the panel:

The handling of the situation varies a lot not only from one country to the next but often also within countries especially when the regions have a lot of autonomy in either educational or health matters or in both (e.g. Germany, Spain). The involvement of parents in establishing the measures was also quite unequal between countries and ranged from consultation from the very start and working in close partnership (e.g. Catalunya/ Spain) to not being asked at all (e.g. Cyprus, Greece, Belgium) and having to push for their opinion and concerns being heard (e.g. Slovenia, the Netherlands).

In general it was felt across countries that the lockdown, i.e. the decision to send children home for remote learning, had been well communicated and made sense at the time to reduce contacts and prevent the virus from spreading further. There was however very little time to organize this transition properly and it only worked well if

– The schools had already attained a good level of digitalization before the crisis (i.e. every student and teacher had an appropriate device, the use of digital devices was already part of common practice at school, teachers had been adequately trained etc)
– All stakeholders collaborated
– Adequate funds were allocated immediately to provide everyone with an appropriate device

In many cases the measures had not been very well coordinated with and within the schools and the following difficulties emerged:

– Different communication platforms were used by teachers often even within the same school leading to difficulties for parents (especially parents with several children) to know where to look for assignments that their youngsters might have to do
– Not everyone disposed of the necessary devices for online learning – in countries where there was a huge lack, authorities took to establishing classes via TV and radio and many primary schools worked with worksheets that the parents could either go and get at school at certain times or had to print them at home
– Even in households where there were enough devices often the internet connection proved too weak especially if several family members needed to use it for videoconferencing.

As many authorities hoped for a normal start after the summer vacation not everywhere this period was used to prepare for raising infections in the fall. Among the most efficient measures that are being implemented at the reopening of schools now in September are:

– Wearing masks: According to the survey in 62% of the countries masks have to be worn outside of class in the aisles, entrance hall and other common areas. In 57% even inside the classrooms which is not really recommended as it doesn’t have any effect if the required distance is respected between pupils. Furthermore for children with a hearing impairment it is imperative to be able to read from the speaker’s lips.
– Keeping distance: a distance of at least 1, better 1,5 or 2m between students helps a lot to avoid any risk of infection
– Hand washing and/or disinfection: are also widely spread at 100% and 85,7% respectively and are always a good idea preventing also other diseases (e.g.“normal” flu)
– Regular ventilation: is highly recommended by virologists but has to be well organized especially in winter in the Nordic countries where it has to be made sure that pupils don’t catch cold when the windows are opened and very cold air enters the classroom. Here the ventilation should take place more often and for a shorter period of time (5 min/hr max) and schools might want to foresee that children take their coats into the class with them (this would also alleviate the situation in the cloakrooms).
– A colour code system to guide pupils to and through the areas of the school that are foreseen for their group. For example, if you belong to the green group you should use the facilities, aisles, halls designated to that colour to avoid mingling with students from other groups.

All other measures: entering and leaving the building at slightly different times, smaller groups, that always stay together and don’t mix with others are only advised in case of extremely raising numbers of infections.

The same goes for school or class closures and a change to remote teaching and learning. Due to the negative impact especially in the field of socio-emotional competences – loss of social contacts, discrimination of children with less support by their families, loss of safe space in case of domestic violence, etc. – these measures should be avoided under all circumstances
and if applied only for pupils above 14 years of age. It was also mentioned that usually clusters don’t start in schools or education settings so that these closures can only be justified in case
of an accumulation of cases in the respective settings. In case of a change to remote teaching and learning it must be ensured that all children have access to the adequate material (i.e. digital devices must be handed out to those who have less possibilities) and arrangements must be found for a stable and affordable internet connection.

A traffic light system as in Austria or Slovakia can help to raise awareness among citizens of the degree of danger currently in their region and automatically lead to the implementation of certain pre-arranged measures including in education settings. All measures should be taken involving all parties concerned – teachers, principals, pupils and parents and the community at large where appropriate and based upon scientific evidence and medical advice. The event was closed by a résumé and words of thanks from the EPA president to all the speakers and all the participants for their active contribution and vivid exchange.

The event is finished.